The Connecticut General Statutes Chapter 831 Section 47a-21 requires landlords of most residential rental properties to pay interest on a tenant’s security deposit in the following manner:

Payment of Interest on Security Deposits

On and after July 1, 1993, each landlord other than a landlord of a residential unit in any building owned or controlled by any educational institution and used by such institution for the purpose of housing students of such institution and their families, and each landlord or owner of a mobile manufactured home or of a mobile manufactured home space or lot or park, as such terms are defined in subdivisions (1), (2) and (3) of section 21-64, shall pay interest on each security deposit received by such landlord at a rate of not less than the average rate paid, as of December 30, 1992, on savings deposits by insured commercial banks as published in the Federal Reserve Board Bulletin rounded to the nearest one-tenth of one percentage point, except in no event shall the rate be less than one and one-half per cent. On and after January 1, 1994, the rate for each calendar year shall be not less than the deposit index, determined under this section as it was in effect during such year. On and after January 1, 2012, the rate for each calendar year shall be not less than the deposit index, as defined in section 36a-26, for that year. On the anniversary date of the tenancy and annually thereafter, such interest shall be paid to the tenant or resident or credited toward the next rental payment due from the tenant or resident, as the landlord or owner shall determine. If the tenancy is terminated before the anniversary date of such tenancy, or if the landlord or owner returns all or part of a security deposit prior to termination of the tenancy, the landlord or owner shall pay the accrued interest to the tenant or resident not later than thirty days after such termination or return. Interest shall not be paid to a tenant for any month in which the tenant has been delinquent for more than ten days in the payment of any monthly rent, unless the landlord imposes a late charge for such delinquency. No landlord shall increase the rent due from a tenant because of the requirement that the landlord pay on interest the security deposit.

Penalty for Failing to Comply

Any person who is a landlord at the time an interest payment is due under the provisions of this section and who knowingly and wilfully violates the provisions of such subsection shall be subject to a fine of not more than one hundred dollars for each offense. 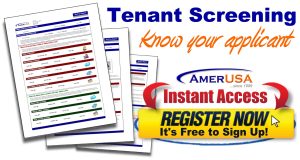